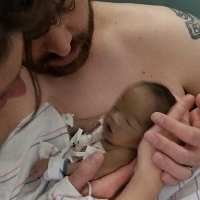 In loving memory of Will

A personal campaign sponsored by Christine and Jake Sprague 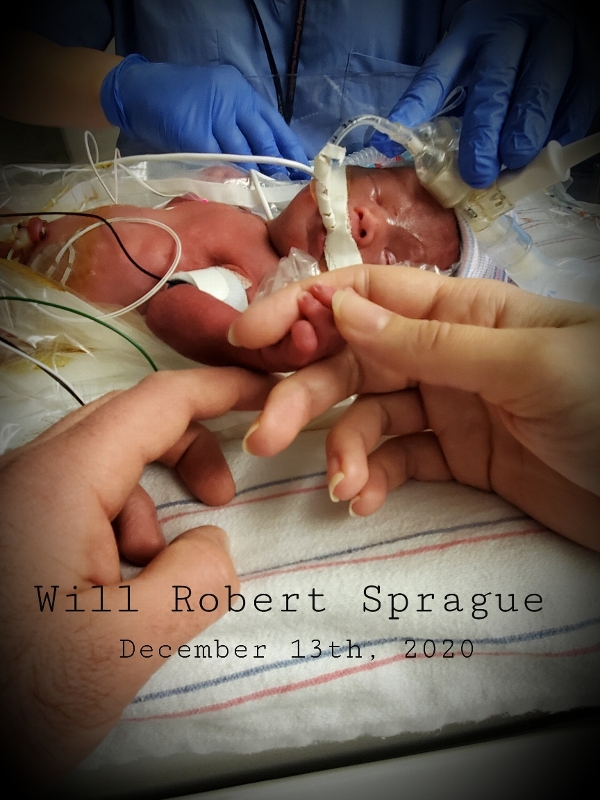 Will was diagnosed with bi-renal agenesis, in layman's terms, he developed without kidneys.  Lack of functioning kidneys in a fetus results in renal anhydramnios, meaning there is no amniotic fluid around the baby.  This condition is thought to be universally fatal at birth because amniotic fluid is required during pregnancy for the lungs to develop and function. Renal anhydramnios occurs in at least 1 in 3000 pregnancies and there are no reported cases of survival without prenatal intervention.  Jake and Christine were willing to do whatever it took to save their baby boy and give him the best chance at life. The experts at the center for fetal diagnosis and treatment offered a state-of-the-art therapy that involved replacement of amniotic fluid with isotonic fluid into the uterus to reverse the effects of renal anhydramnios.  Christine had to endure months of serial infusions directly through her belly, but the treatment did as it was intended, and Will's lungs began to develop. 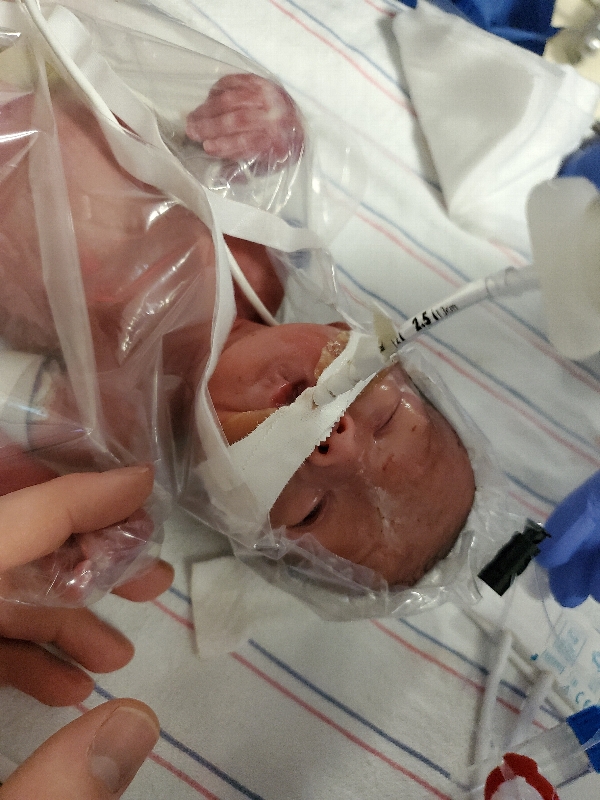 After the seventh infusion Christine went into preterm labor. After four arduous days of labor an emergency C-section was required because Will had not moved from breech position through the pregnancy.  He was born early at 29 weeks and weighed only 3lbs. Despite these challenges, Will began to defy all the odds that were stacked against him. The neonatology team was able to stabilize him on a ventilator just moments after birth.   Christine and Jake were able to hold his hand for a brief moment before he was wheeled away to the N/IICU in what appeared to be his own personal spaceship to continue his epic fight for life. 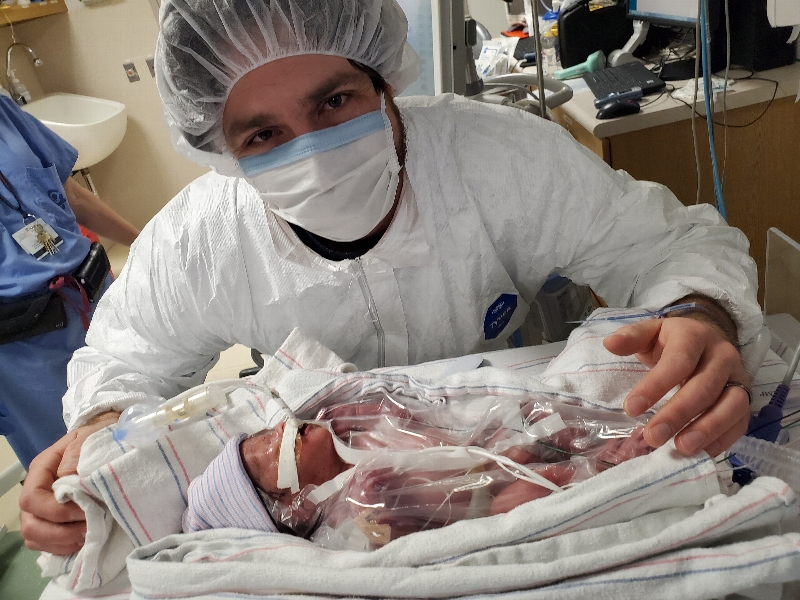 In the N/IICU, he was successfully placed on hemo-dialysis to substitute the function of his kidneys.  Over the next several days a team of experts from neonatology and nephrology coordinated to carefully balance his fluids and keep him stable so his lungs could continue to grow.  The conjugated effort of the N/IICU team to perform these procedures in a 3lb infant was an incredible feat of medical science and after the first week Will's prognosis continued to become more promising. 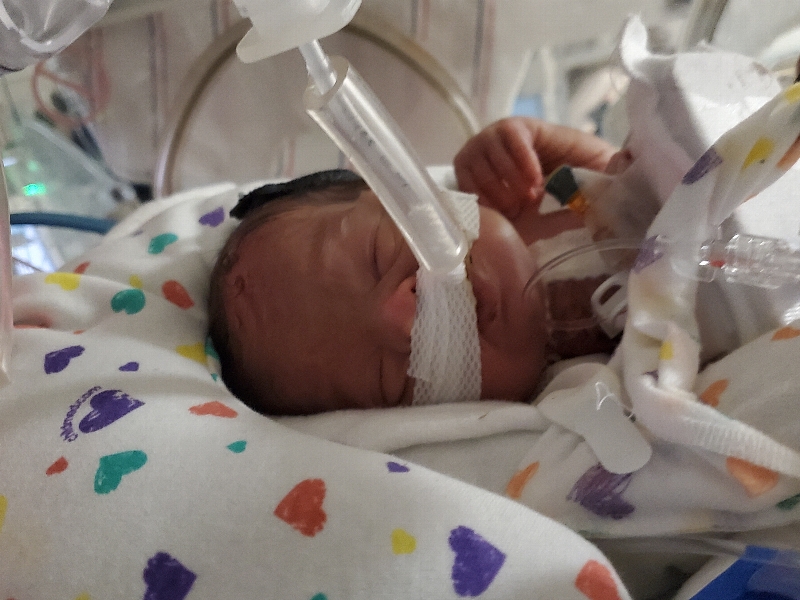 Unfortunately, on day 8 his condition began to take a turn for the worse, gas had begun to accumulate in his belly due to complications in his bowels from his prematurity.  Emergency surgery was performed and revealed a perforation in his bowel that had resulted in extensive damage.  This damage in conjunction with his under-developed lungs and missing kidneys was more than his little body could handle. His condition began to rapidly deteriorate.  He passed away peacefully in his parent's arms on December 22, 2020. 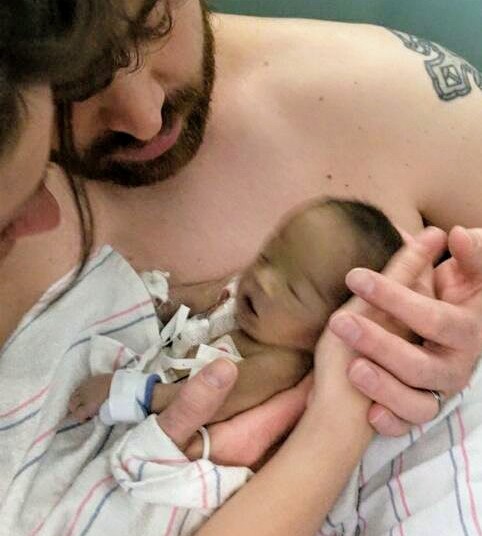 Although Will did not make it, his case provided valuable research that has the potential to offer realistic hope to the approximately 1,500 families per year in the United States that receive this diagnosis. We urge you to please support the on-going efforts of the world-class professionals at CHOP who work with thousands of serious cases like Will's every year.  It is a facility that is on the leading edge of advancements in medical technology and neonatal medicine. The most fitting way to honor Will's memory is to support CHOP's continued search for new ways to treat life-threatening conditions and offer hope for a better future for all children with birth defects. 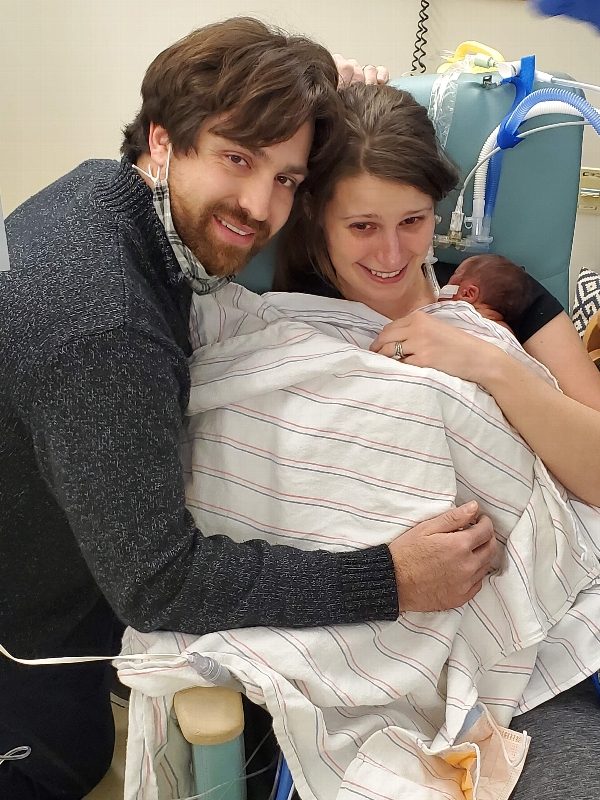 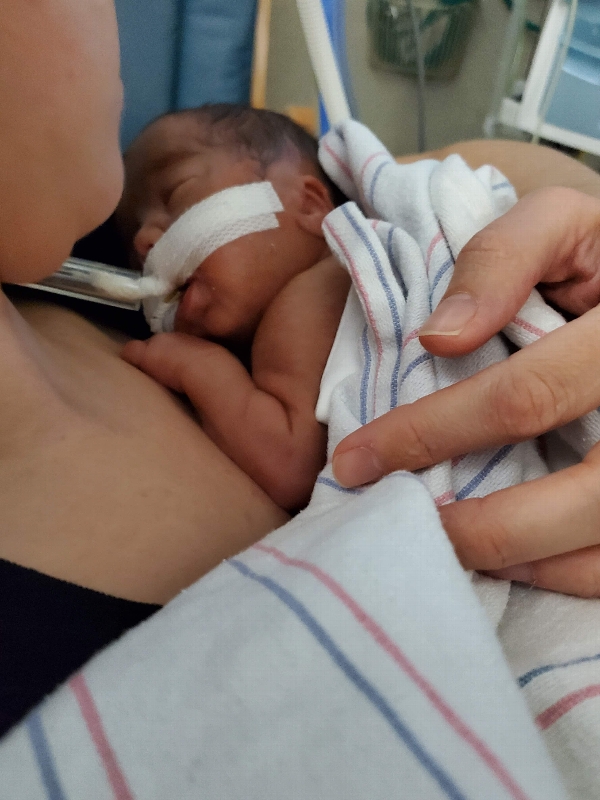