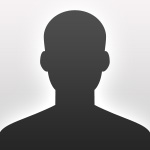 Melissa Ketunuti Basselier (May 24, 1977-January 21, 2013) was a pediatrician, a former pediatric resident and an infectious diseases fellow at The Children's Hospital of Philadelphia (CHOP).
Melissa was born and raised in Thailand and came to the United States in 1995 to study at Amherst College. She was interested in science and medicine, graduating from Amherst with a degree in neuroscience and then went on to medical school at the Stanford School of Medicine. Melissa was awarded a Fogarty Ellison scholarship in 2005, which enabled her to spend 10 months in Botswana conducting research on HIV. Melissa's time in Botswana helped confirm a lifelong passion for global health and helping underserved populations.

Although Melissa initially pursued a residency in general surgery at Georgetown University Hospital, she quickly knew that she was meant to work with children and after her intern year she left general surgery for residency in pediatrics at CHOP. During her residency, Melissa was able to spend multiple months abroad doing global health rotations in Botswana. Upon completion of residency, she stayed on at CHOP for fellowship in pediatric infectious disease, with the goal of some day returning to Botswana to work with children suffering from HIV and AIDS.

Unfortunately, her life came to an abrupt end in January 2013, midway through her fellowship. Melissa is survived by her parents in Thailand, as well as by countless friends from Amherst, Stanford, CHOP and Botswana. Her death is a loss to all of those who loved her, as well as to the field of pediatric infectious disease and the children of the world. She will always be remembered for her unmatched compassion, love and dedication.

To continue to honor Melissa's memory and spirit, her mother has helped endow a Global Health fund in her memory.  This fund will be used to support CHOP residency training opportunities in Africa, continuing Melissa's legacy of engaging in global health and providing care to underserved children in Africa.  Supporters who wish to help CHOP continue Melissa's legacy are asked to donate to the fund which will benefit the lives of children and countless young doctors who, like Melissa, are striving to make a difference in the world.