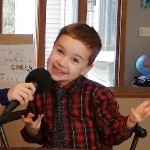 Max Levy is 5 and has been a patient at CHOP for almost his entire life, having been diagnosed with Hemophilia A as a baby.

Max is also a super hero. No, seriously.

For those who haven't seen it, here is the profile the NBC Nightlly News did on Iron Max, who appeared in Marvel's Invicible Iron Man comic in December.

After his surgery to have a portacath put in, Marvel comics wrote (and drew) Max into Invicible Iron Man, where our hero met his hero. 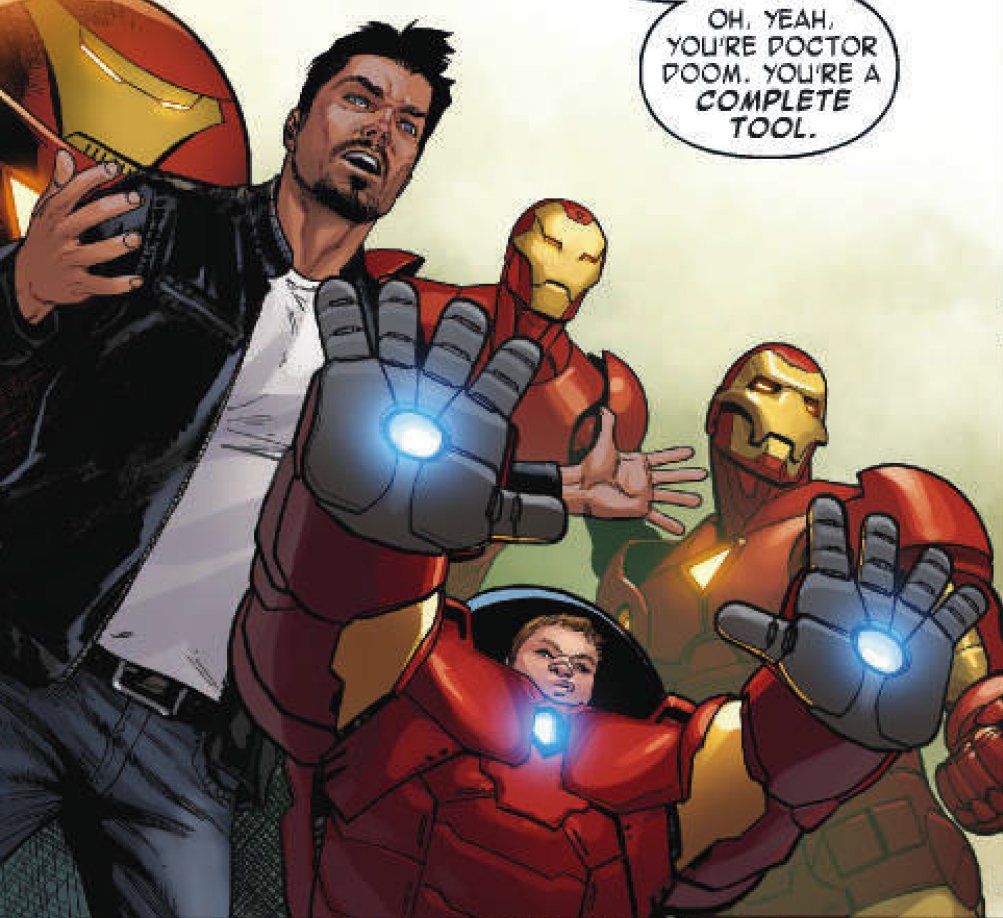 As you can see in the video above, in addition raising some money with their annual March Madness bracket challenge last year, Zoe wanted to do something bigger.

A lot bigger. That's where Hearts 4 Hemophilia and the calendars were born.

This note is from Zoe, who is 8 years old.

I first started reading a story about a girl who raised thousands of dollars for cancer research, and since my brother Max has a bleeding disorder called hemophilia, I wanted to do something to raise money for hemophilia research.

Max has had hemophilia his whole life. We found out about it when he was nine months old, and he had to wear a helmet every day for three years.  Just last year he got a port—a metal disk in his chest like, Iron Man.  Now we call him Iron Max.

I was thinking what to do to raise money and I wanted to include my friends. Finally I thought to make a calendar so I asked my friends to take photos for the calendar. I can’t believe how many said yes!

All of the pictures in our calendar were taken by kids in grade school. All of my friends, and some of my family too, wanted to help raise awareness for hemophilia.

Hopefully you do too.

Thank you so much,

The 26 kids who took photos for the calendars are selling them around the country, so if you are lucky enough to live near one of them, you can certainly buy one.

THANK YOU TO EVERYONE WHO PURCHASED CALENDARS LAST YEAR. WE ARE WORKING ON THIS YEAR'S CALENDAR NOW!!!

If you would like to still contribute, please donate to CHOP via this page.

Here is a thumbnail version of what the first calendar looks like. The life size one is incredible! It's hard to believe a bunch of kids took these photos. 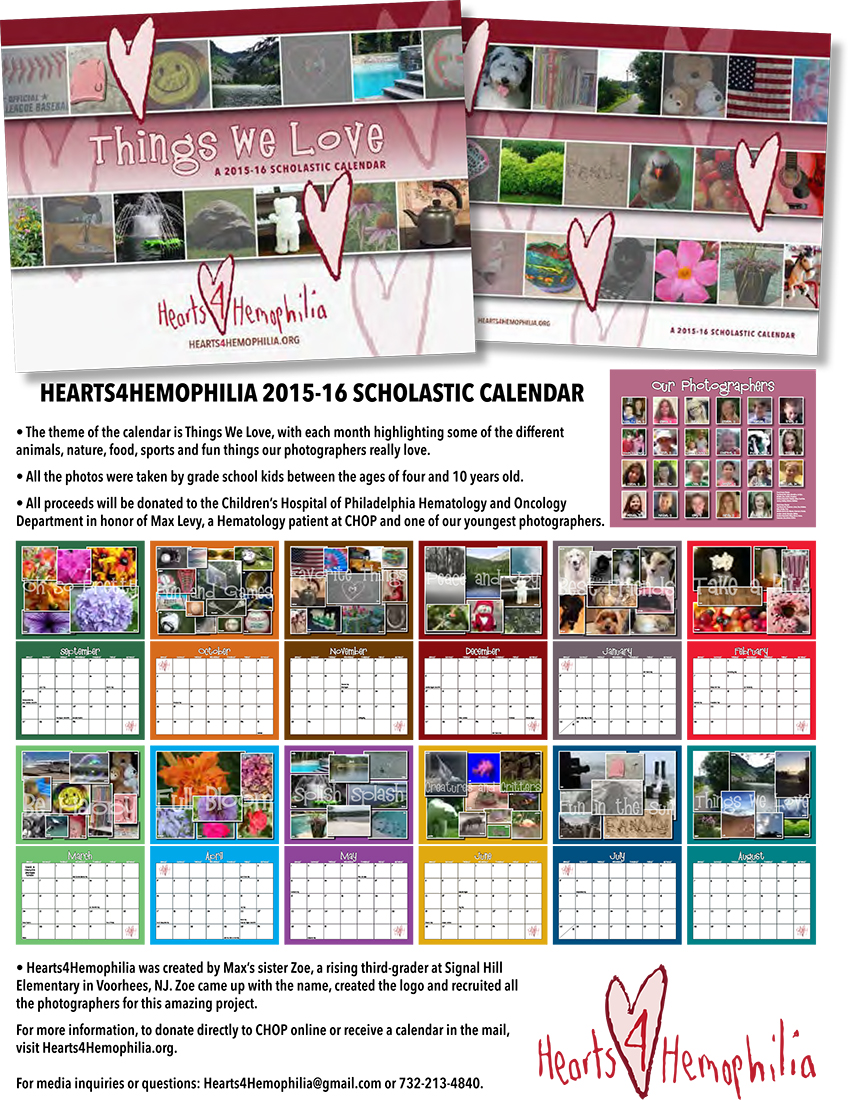 As another thank you, here is a four year-old Max explaining the origin of Superman.