Grayson was born a healthy 9lb baby in April of 2013.  He began not eating and losing weight about one month later and by six weeks old he had a feeding tube placed . Over the next few months he had extensive testing and hospital stays.  In January 2014 he was hospitalized for low blood sugar and later diagnosed with growth hormone deficiency and began daily injections. He had many surgeries and procedures at CHOP and at Boston Children's Hospital  in 2014. Grayson still struggled to maintain a healthy weight and had a central lined placed to have  IV nutrition overnight for about one year. Grayson developed two clots shortly after have his central line placed making the time he had his central line very critical. Thankfully he began to maintain his weight and was able to just remain on tube feedings along with his regular day time intake.  With his tube feeds,  multiple medications and injections, his team of doctors kept his health stable through  2016.

In April of 2017 Grayson received a scooter for his fourth birthday. Soon after we noticed he developed a limp and decreased energy levels. We took him to an orthopedic , they ran some test and told him to take it easy. His tolerance for physical activity lessened along with his recovery from play. We were referred to neuromuscular for a follow up . He saw them previously for low tone.  That visit changed our lives forever his doctor set us up with the mitochondrial team. We met with them in August of 2017  the team felt very strong that Grayson showed signs of mitochondrial disease and the testing began. In September of 2017 Grayson underwent a muscle and skin biopsy. Between insurance hold ups and extensive testing In May of 2018 we began receiving some results. Grayson was diagnosed with mitochondrial complex I & IV deficiency. Those muscle complexes are working at less 30 percent. Now the next phase of testing begins to get a better idea of what is causing this.
Mitochondrial complex I deficiency is a shortage  of a protein complex called complex I or a loss of its function. Complex I is found in cell structures called mitocondria, which convert the energy from food into a form that cells can use. Complex I is the first of five mitochondrial complexes that carry out a multi-step process. Mitochondrial  complex I deficiency can cause a wide variety of symptoms affecting many organs and systems of the body,  particularly the nervous system, the heart, and the muscles used for movement.
Grayson currently  has hand tremors, a lack energy and get worn out easily. His body has a hard time recovering from activity. He was recently fitted for a wheel chair due to his inability to walk long distances.  These is symptoms are expected to progress causing the need for a wheel chair  daily as well as other  system and organ issues

Currently there is no cure or approved treatment for this disease, but the team at CHOP is making new discoveries all the time. We hope that you will join us as we race against time to find effective medical therapies to help Grayson and other mito patients. We feel  that the best chance we have to help Gray is to focus all of our fundraising efforts to support  the Mitochondrial Research  at Children's Hospital of Philadelphia. One hundred percent of your contributions go to Mitochondrial Research at  Children's Hospital of Philadelphia and are tax deductible.

Update -  Grayson started kindergarten in the fall which has come with new struggles. He has an amazing teacher who has helped us navigate what’s best for him alongside his medical team at CHOP. He loves school and making new friends. Since late fall Grayson has had some healthy set backs ( weight loss, vision changes and headaches ). His team at CHOP are monitoring him regularly and making adjustments to his medications and treatments.

Your continued support is needed  to make the advancements for a cure or treatment.

We will keep you updated on Grayson's progress and events we have planned for this fall to help raise funds and awareness for mitochondrial disease. Our family is thankful for your donations and support.

Our first event was a success thanks to all our amazing donors. 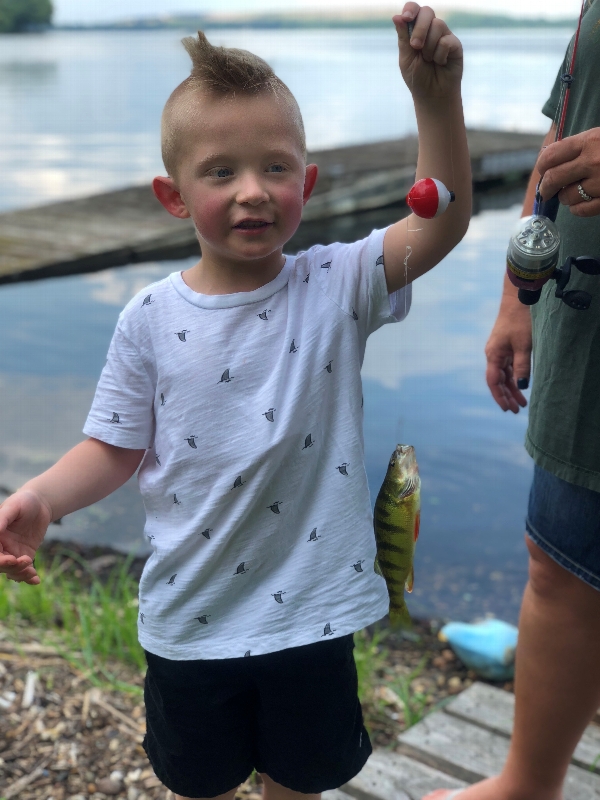