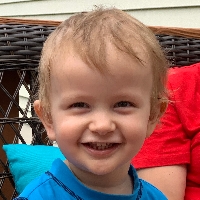 Up until February 2018 life was pretty “normal” in the Radcliffe/Mest household. Kay and I were loving every moment as new parents soaking up the joy of our son, Jackson. This sweet and gentle 18-month-old boy was the highlight and star of our world. He loved watching Bubble Guppies, playing with his mom, tractors, and hanging out with Grams and Paps. He was an otherwise healthy baby, so when he developed pink eye we rushed to get him into the Pediatrician. From that point, things escalated quickly and our lives were forever changed. 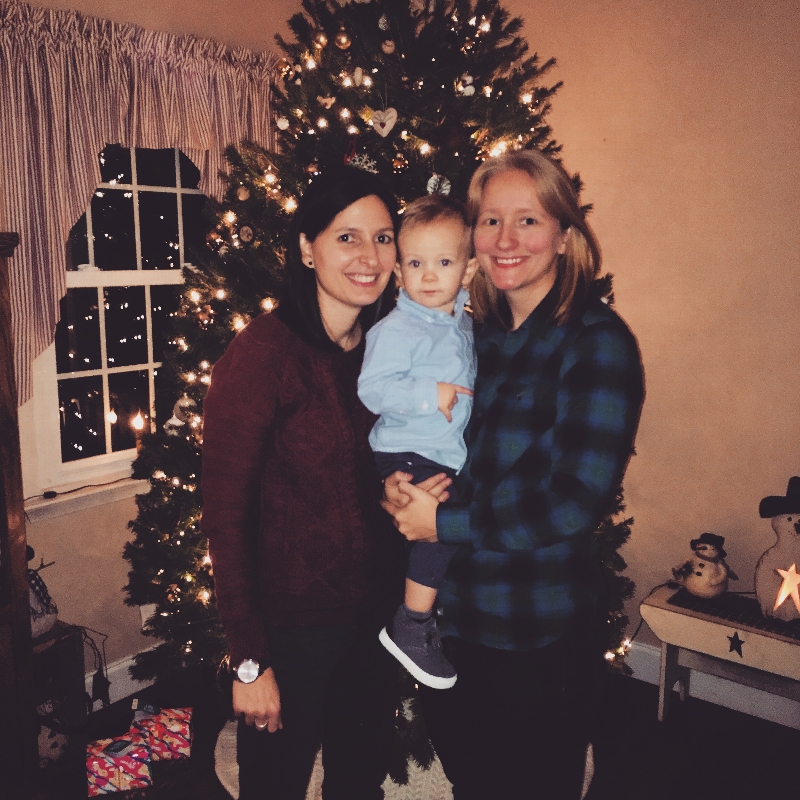 Tuesday, February 13th, 2018 - Kayla took Jackson for a 10:30 am appointment. While in the waiting room Jackson started to develop what is known as petechiae. This was curious to the pediatrician, so she requested blood work to be drawn. The results came back “interesting,” so they ordered additional blood work at a local hospital.

About an hour or so later we get a call that the results were in and the pediatrician wanted to speak with us in person. The Dr. reviewed Jackson's lab results and said “I’m concerned it’s leukemia.” We fell apart. There is nothing that could have prepared us for that moment. By 5:00 we were on the road to the Children's Hospital of Philadelphia.

Official Diagnosis and Plan to Kick Cancer’s A$$ 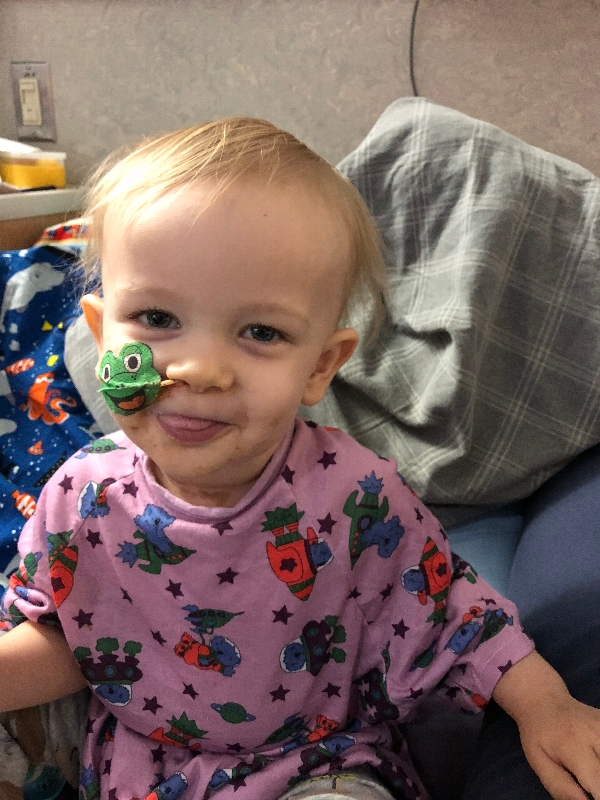 Change of Plans, but still going to Kick Cancer’s A$$!!

On March 2, 2018, we received the results of the genetic test. Jackson was diagnosed with AML MLL rearrangement T10, T11. It’s a more rare and more difficult type of leukemia to treat with a survival rate of 20%. In fact, chemotherapy alone would not be enough, and Jackson would need a bone marrow transplant to give him his best chance.

On June 18, 2018, we were admitted to CHOP for Jackson’s bone marrow transplant. We were overjoyed to learn that Kayla was his match! It was such a blessing and felt perfect. We soaked up our time at home, took a trip to the beach, lots of tractor rides, and time with family to help us enter transplant as ready as possible. 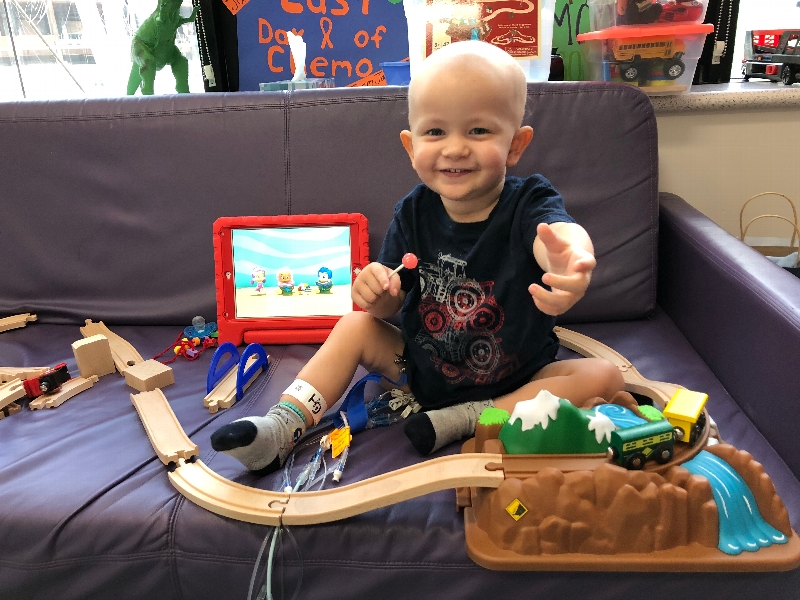 Jackson began his engraftment right on schedule and for a couple of days, things were looking good. On day +15, July 13, 2018, Jackson’s ANC decreased from 160 to 30. Unfortunately, Jackson ended up having the HHV6 virus and his first engraftment failed. We were devastated. 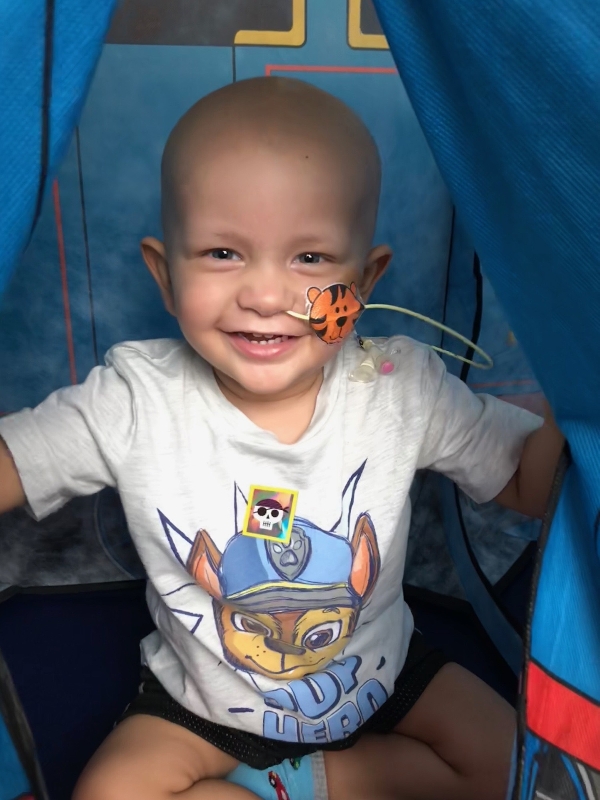 Thankfully, we were able to try for a second transplant. This time with an unrelated donor through Be the Match. On August 21, 2018, Jackson received his second transplant. On October 2, after more than 107 days in the hospital, our son was free and we were finally able to go home!

Life on the outside was all we wished it could be and more. Jackson was doing so well, gaining weight, talking more, and his hair was growing back. We were able to enjoy the holidays at home together as a family. Things were looking good for Jackson and we couldn’t have been more grateful.

Unfortunately, on January 12, 2019, at approximately 10:00 AM we received a phone call from Dr. Seif. that Jackson had relapsed. While there were limited options, we weren't out of them. Over the next 6 months, Jackson received 3 rounds of decitabine + venetoclax + DLI. It helped to keep him stable and at one point appeared to be working. This was our hail mary attempt. 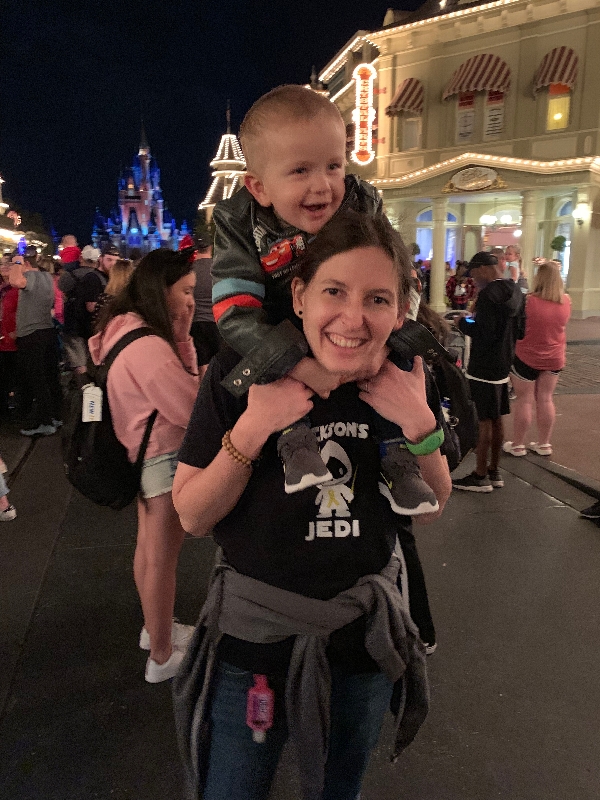 During those 6 months from relapse, Jackson got to be a "normal" kid. He was gifted an amazing trip to Disney with his extended family, we went camping in his new trailer, and he spent a lot of time with his cousins Lily and Piper. The memories we made together as a family are invaluable. He was active, full of life, and most importantly; happy. 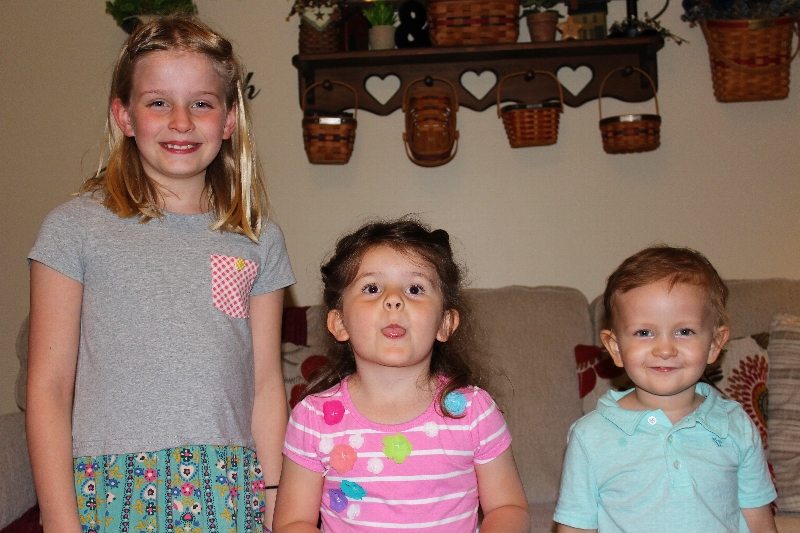 Jackson's condition took a turn for the worse early that July. He passed away unexpectedly on July 12, 2019, just 3 weeks before his 3rd birthday. Jackson was surrounded by his family and beloved CHOP team in his final moments.

Our mission is to continue the fight for our son by helping other families affected by Childhood Cancer. Your support will fuel research critical to helping kids with AML. A portion of the funds raised will also support Oncology families at CHOP.