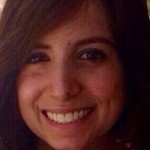 She was a South Philly girl. She was a Main Line girl.

She had both fragility and backbone.

She seemed effortless yet persistent.

Alexsandra Bilotti lived with her mom, dad and brother in South Philadelphia during her 22 years on Earth. Wise beyond her age both academically and in outlook, Alex attended Episcopal Academy in Newtown Square, PA where she received a top-notch education. After high school, she attended the University of Pennsylvania, fulfilling a dream.

Just across the street from U of Penn eight years earlier, Alex had embarked on a somewhat different schooling. It was at Children’s Hospital of Philadelphia (CHOP) that Alex was diagnosed and treated for a rare pediatric cancer called Ewing Sarcoma, and where she would ultimately spend hours, days and years throughout her student life learning the intricacies and consequences of this life-stealer.

A quick Google search will inform you that Ewing Sarcoma forms malignant tumors that grow in the bones or soft tissue, most often in the legs, pelvis, arms, spine or ribs, where Alex’s tumor was found.

Those close to Alex would describe her as utterly ambitious, yet gracefully modest. Sturdy, yet delicate. Purposely planted in both south and north. Perennial and annual. Like a sunflower . . .  the characteristics and dichotomies of which would unwittingly epitomize Alex’s life.

During some of the most trying days of Alex’s journey, her mom’s sisters frequently visited her bedside. Based on their own personal experiences, her aunts coached Alex in positive visualization. They suggested she find a meaningful symbol she could envision that would allow her to escape her suffering, if only momentarily.

“We told Alex to try to find an object to center her focus,” her aunt, Linda Mazzotta, of the East Passyunk Square district of South Philadelphia, said. “One that represented faith and hope; to elevate her mood and distract Alex through the most mentally and physically challenging days of her cancer treatments.”

Like everything Alex did, she approached this assignment with weightiness and diligence.

It was a few days later when she told us she’d come up with something. It was a sunflower,” Alex’s aunt, Lisa DiLauro, also of the East Passyunk Square neighborhood, shared. “She had done some research and embraced its symbolism: long life, strong bonds, positive and sun-facing.” Alex even named one of her Biewer Yorkies, “Girasole” –Italian for sunflower— a nod to her heritage.

“Just like the flower, Alex bravely faced the sun on the darkest of days,” DiLauro added.

Though a few words in a news story provide a tiny glimpse into this young woman’s life, Alex’s own words reveal her grace, intelligence, prudence and the life lessons she gifted us: https://youtu.be/5g8BlTV6oHg.

With strong support from friends and family, the Bilottis established the Alexsandra Bilotti Foundation (ABF) in 2017 for the primary purpose of raising awareness and funds to research Ewing Sarcoma at CHOP, and to provide support for families of children with terminal cancers. Additionally, the Foundation supports an educational endowment fund at Episcopal Academy.

On Thursday, April 4, 2019, ABF will host is premiere annual fundraising event at the IATSE Ballroom, 2401 S. Swanson St, Philadelphia, PA 19148, 6:30- 10:30 p.m. featuring food, spirits, dancing and some unique items for bid including a sunflower art auction (inspired by Alex’s best friend and Episcopal classmate, Kathryn Burke of Wayne., PA, who created the sunflower above that’s since become the Foundation’s logo).

Local artists, and students from the Philadelphia Sketch Club and Wayne Arts Center have volunteered their time and talent to create their interpretations of sunflowers in a variety of mediums – including a one-of-a-kind pair of sneakers as a canvas!

Event attendees will have the opportunity to silently bid on the local art, as well as other exciting items like three, Eagles “Superbowl LII” labeled bottles of wine, each signed by Nick Foles!

Tickets are $60 per person and available through PayPal by clicking https://www.paypal.com/cgi-bin/webscr… (Please indicate in the Special Instructions: "April 2019 ABF Fundraiser" and the number of tickets being purchased.)

Proceeds benefit the Children’s Hospital of Philadelphia through the Alexsandra Bilotti Fund for Ewing Sarcoma Research. To date, ABF has raised nearly $30,000 for this fund.

Some participating local artists include: