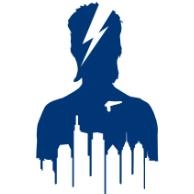 Several fans of David Bowie gathered together throughout 2016 to decide just what we can do to celebrate the life and spirit of Bowie as the one-year anniversary approached – and the inaugural Philly Loves Bowie week was born. For one week in Philly, over a dozen gatherings happened across the city to celebrate the Starman.

Besides a week of events and activities designed to celebrate the man and his unique spirit - we wanted to make sure that we could use this time as a portal to raise awareness and funds to help benefit cancer research in David's memory, and who better to benefit than children ... and when it comes to caring for children, there's no place better than the Children's Hospital of Philadelphia.

Since 2017, with your help, Philly Loves Bowie Week has raised over$50,000 for the Cancer Center at CHOP - in David Bowie's memory!

Now we've reset the thermometer for 2023 and we encourage you to make a donation of any amount to our fund so that we can continue to support the lives of children living with cancer - all with the universal spirit that is Bowie.